Should You Kiss On The First Date: Expert Tips

As the world is changing and we are progressively accepting several new things. The perspective of looking at things has changed over the last couple of years. Gone are those days when men were playing the lead role and authority figure in a romantic relationship. You may have heard about the term ‘female led relationship or FLR.’

However, what precisely a female led relationship (or FLR) is and how it is different from traditional relationships. It may sound awkward to some people, but many people accept their relationship in this way. It’s essential to learn how it feels before you enter into such a relationship and. You will also learn about different dynamics, their benefits, and drawbacks as well.

In a traditional relationship, males usually manage the financial aspects and make the major decisions of the family. On the other hand, females take care of the household and children. But the dynamics are different in a female-led relationship. In this type of relationship, men are ready to let go of their authority and allow women to take some responsibility.

Although it may not be ideal for everyone, many men and women agree to enter such a relationship. It’s not only the men; all women are also not comfortable and agree to be in this type of relationship. However, a relationship is never about a single person dominating all the decisions, whether it’s a male or female-led relationship.

Now that you know what a female-led relationship is, let’s talk about different types. All the FLRs are not the same; they can vary from mild to extreme cases depending on psychodynamic orientation.

In a low-level female led relationship, the female and male are practically equal. In this type of FLR, every decision is based on both parties’ mutual consent.

There is no sign of dominance or lead role that the female plays in a low-level FLR. In this relationship, the female does not think that she can make any decisions on her own; it’s always a mutual decision.

In the moderate level female led relationship, the female knows that she has some power over the men, but she never uses it.

The key difference between a low-level and moderate-level FLR is the female has just authority over the men mentally. However, the female may feel that she has more authority in some aspects of the relationship, but she has never acted upon it.

Although there is no visible difference in low-level and moderate-level FLR, the woman can feel uplifted for her own self-esteem. It’s one of the best types of FLR where both parties are in harmony.

In a high-level female-led relationship, it’s clear that the woman is the authority figure. Women generally take most of the important decisions and the authoritative figure as she is the primary breadwinner of the house. At the same time, men take care of the household, cleaning, childcare, and other maintenance work of the home.

So, it’s a kind of swapping the role of genders in a traditional relationship. Moreover, here the women also act as the dominant force in the bedroom. In this type of relationship, men who can accept this will feel happy and satisfied.

Lastly, extreme female-led relationships generally don’t work as women are controlling every aspect of their partner. Most of these types of relationships are sexually driven and become dysfunctional in most cases.

It requires a different kind of personality to be in such a relationship. The woman embraces the feeling of authority and power, and the man is generally submissive.

How To Get A Boyfriend: 10 Proven Tips To Get The Guy You Want

A female-led relationship has many benefits for both partners. With proper communication and mutual understanding, an FLR can be the best relationship that a dominating female needs.

Similarly, all women are not ready to take all the major responsibilities and make financial decisions. It’s not always every woman’s cup of tea.

Well, it’s a personal question, and you must be aware of yourself. A female-led relationship may work for many couples, but every couple may not keep it for the long-term. It’s better to ask yourself and answer whether you can come out of some of the stereotypical beliefs and enter into a female-led marriage.

You must discuss everything with your partner before you enter into such a setup. Ensure that you do proper research and communicate openly to be in such a relationship. Try to gradually build a set of habits and ask each other how you are feeling in this dynamic.

A female-led relationship is like any other relationship. The goal is to improve each other’s lives and share companionship and love. Whether it’s a male or female led relationship, it becomes unhealthy when you force someone to do something or agree on some aspects.

Everyone has individual choices, preferences, and ways of living their lives. So, you must also learn how to compromise and be with someone. That doesn’t mean that you should compromise on some aspects that are important to your life. Finally, please share your views on this post and what you learn from it. 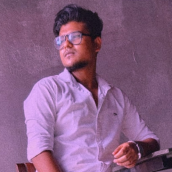 Akram Ali Mondal is an experienced professional in the field of Digital Marketing with a myriad of experiences in enabling brands to accomplish goals. With a sound expertise in different aspects of SEO, SEM, Affiliate Marketing and data-driven marketing, Akram is a thriving marketing consultant as well as a brand maker.

10 Crucial Tips for Dating in Your 30s

Should You Kiss On The First Date: Expert Tips

How Do I Get Revenge On My Ex-Girlfriend?