How To End A Controlling Or Manipulative Relationship?

Nina: Hey, why are you ghosting me? Is everything alright? Aren’t you gonna say anything?

Jared: I was busy with Sam and the boys.

Nina: I was asking if you wanna go to the movies with me tonight, and maybe dinner after that.

Guys, are you having the same trouble as Jared over here? If so, we are in big trouble. It’s not okay to keep a girl hanging. If you don’t like her, just say it.

It’s alright to not like someone. But are you sure of the reasons for letting her down? Maybe you are into another girl. Maybe you don’t like a certain something about her – like her behavior, personality, or anything else. I mean, literally, there could be thousands of reasons.

Jared here came to me saying, “a girl likes me but I don’t like her, and I can’t find the right words to say this to her. I mean, she will be heartbroken and I don’t want that.”

Once you are sure that you have to let her down – call her in person and spill the beans, but compassionately. Here’s what I would say –

“hey, you are an amazing woman – in fact, even a better human being; I like spending time with you. But I hope that you understand that this is not going anywhere. I don’t feel the same way that you might think”

Your “No” needs to be like a band-aid that shows that there is a wound – but it’s healing. It will feel like hell for her, and if you are a nice guy like me, it may feel like killing her; but your truth is better than making her feel like a side-chick.

Say No To Her Face? If That’s What It Takes

So, Jared says that he doesn’t like Nina, and Nina breaks down. Then, following a series of meltdowns, crying in the corner, she stands up, wipes her sobbing, salty face, and moves on. That’s what Nina does. But not everyone is like Nina.

If you are the local chick magnet, then you may have to deal with this multiple times. Some girls often stalk you on Insta; they are always too clingy even when you have shown signs of not liking them. So she keeps appearing around, making you feel uncomfortable.

This is when you need to take a straightforward approach. Don’t text or call her; just go straight and say…

“This has gone far too long. I have been tolerating it for weeks and you need to stop. I have already made my point that I don’t feel the same way, and you need to understand and move on.”

It is normal to be looking for rude things to say to a girl you hate. But, harsh words don’t help; they worsen everything. Yes, you need to be bold, straightforward, and transparent. But, rude wards are the absolute worst.

How To Tell A Girl You Don’t Like Her? Stop Beating Around The Bush

She looks for signs – any good behavior you show, she might take as a positive sign that you are leaving the door open. But, as a gentleman, it is your responsibility to come clear.

Some girls are way too nice to let down. And men are often too chivalrous a**holes to say no. Please avoid that approach. Girls are extremely emotional. Any wrong sign you give off might give her the wrong idea. She dresses up; she keeps her hair open – it’s like you are that wild ocean wind and she’s let her hair loose to take you in.

Don’t go that route – it doesn’t end well – for both of you. If you are feeling embarrassed to talk in person, you can text instead. Just take your phone and…

When a girl gets rejection, she sings, most of the time, it’s Adele –

Never mind, I’ll find someone like you
I wish nothing but the best for you, too

“It’s Not Working Anymore.”- How To Break Up With Someone

At least Nina does it. But, what about you? I know guys; they have too much love. Little too much that sometimes they end up two-timing. Yes, you had feelings for her too, didn’t you? Despite that, you had to say no. Because?

Because, men have their reasons. Sometimes, despite having a girl in your life, you end up having feelings for the girl who likes you. Now, you want to say that you don’t like her. Why? Because you are too noble and s**t. I get it; at least, it is the right thing to do.

This is where you draw a line. Choosing one over the other? No, saying no to her is choosing a relationship over a situation – and that’s what you need to do right now. When you are sure that it is not love, mutually, the best thing to do is to retreat.

Don’t give her false hopes, and instead of wasting each other’s time, end it on a peaceful note.

You Deserve Someone Better: Lying Is An Option

Telling a girl that you don’t like her isn’t the problem – the aftermath is. She’s gonna be devastated. The real question is, how do you say no and make her understand? Lie to her? Maybe. You can Lie – “I am not good for you.” You can also say, “You deserve someone better.”

Sounds cliche, but it has worked out for many guys out there. This is the worst possible way you can take. But it is better than ghosting her and seen-zoning her on Insta/ Whatsapp.

It helps if you two are friendly. It might seem a little awkward at first, but you should meet her and literally ask – Wanna be friends? Once the iceberg melts, it’s all gonna be water under the bridge soon.

You Don’t Like Her? Fine. But Don’t Make A Scene.

Not liking someone out of personal interest and reasons is alright. But should you make a scene out of it? Hell nooo.

It is okay to tell her that you don’t like her. But you should not just tell her in public (like when she’s talking to her friends on the college campus). You don’t use any derogatory terms or badmouth her. There is no need to draw out public attention and make her look bad – it is inappropriate.

Don’t shame and humiliate her. You can take her somewhere quiet/where you both feel comfortable.

Now, without any hesitation, tell her the truth. Also, remember – consent and compassion are elemental to a gentleman’s rejection. So, did you find the answer to your question –how to tell a girl you don’t like her? 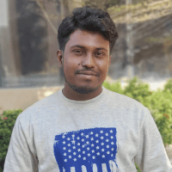 Shahnawaz is a passionate and professional Content writer. He loves to read, write, draw and share his knowledge in different niches like Technology, Cryptocurrency, Travel,Social Media, Social Media Marketing, and Healthcare.

How To End A Controlling Or Manipulative Relationship?

How To Make A Guy Stop Being Mad At You After A Fight?