Did you know that in 2019 there were over 700,000 divorces in the U.S? This trend continues to rise as getting a divorce has become something easy to do. There are numerous causes of divorce, but some are more common than others.

That’s why today, we’re going to see what the most common reasons to get divorced are. But, of course, knowing when to get divorced depends on your situation, so be sure to think it through.

Due to the recent economic crash, many marriages have ended in divorce. One reason this occurs is that most couples can’t stand each other’s spending habits. For example, a marriage mate who constantly wastes money on trivial things may stress their spouse financially.

Additionally, if the spouse has gambling problems, this may cause severe stress on the marriage. These are some signs you need a divorce, so be sure to act so you don’t suffer the consequences of your spouse’s spending habits.

Perhaps the most common cause of divorce is an unfaithful marriage mate. Once this happens in a marriage, it creates a rupture between the couple’s trust, which is very difficult to repair. If you’re the one affected, you can feel assured that the law will be on your side.

Of course, divorce law is different in every country, so be sure to research your country’s laws well. And if you have a Philipino marriage, be sure to click here for more information.

While it may seem superficial, many marriages end in divorce because one of them gained some extra pounds. They may no longer feel physically attracted due to the weight gain and may want to seek someone more healthy. But, it can also be that the one who has gained weight has become sluggish and doesn’t want to do anything to change their attitude.

More and more women are divorcing their husbands due to a lack of respect and equality. This can happen because the husband belittles them or doesn’t give them the freedom to achieve their dreams and desires. Of course, couples can remedy this situation by establishing a set of dos and don’ts in the relationship.

How To Get Married: A Step-By-Step Guide

Many young lovers make the mistake of settling down with the first person they believe is the one. But, shortly after the honeymoon phase, these young couples realize that they’re not ready for marriage. Additionally, young couples may not be prepared to sustain their new marriage financially, which is already a reason we’ve mentioned previously.

As you can see, there are many causes of divorce. Whatever it is that has you considering ending your marriage, a divorce can give you a new lease on life. So, if you notice any of these situations in your marriage, you may want to consider getting divorced!

Did you find these divorce causes helpful? If so, we recommend that you check out our other posts! 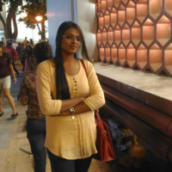 Sharmita is one of the top contributors to onlinehealthmedia. She is a full-fledged member of online health media. Her articles are informative and aim to bring value to readers' lives. She is associated with The Legal Guides, The Dating Dairy, The Bitcoin Magazine, Essay Writing Guides, The Cbd Magazine, The Casino Magazine, Get Me Seen, Top Preference, Big Jar News, The Parents Magazine, The Sports Mag, The Pets Magazine , Okey Magazine, Global Business Diary, Small Business Journals, Money Outlined , The Global Magazine & Lawyers Inventory.

Why Choose Bumble? Features, Advantages, Disadvantages, And Other Details

Why Choose Bumble? Features, Advantages, Disadvantages, And Other Details

How to Create the Perfect Dating Profile

15 WARNING Signs Of A Cheating Wife You Shouldn’t Ignore

The Most Common Causes of Divorce: An Informative Guide

How To Get Married: A Step-By-Step Guide